Opening in July 2016, the upmarket Avani Khon Kaen Hotel & Convention Centre sits a mere 3 km from both the Central Plaza Khon Kaen Mall for the shopaholics and the Hong Mun Mang Mueang City Museum for the cultural buffs.

Khon Kaen is in the Isaan Province about 450 km northeast of Bangkok.  Famous for its delicate hand woven Mudmee silk or for those seeking to feast on dried crispy sliced pork, the Avani Khon Kaen Hotel & Convention Centre sits in the region where dinosaurs once ruled.   Rebranded from the Centara Hotel & Convention Centre Khon Kaen, it is located in the central downtown region of this major commercial hub, only 15 minutes from the Khon Kaen Airport.

Under the mother company of Minor Hotels, Avani is the sister concept to the Anantara brand, with its own identity touting a “fuss-free approach” where the design is aimed at giving a “lifestyle” experience, not just a hotel stay.  Designed to be “where business meets pleasure”, the Khon Kaen Hotel & Convention Centre is all about allowing a guest to relax, work and sleep in salubrious style. 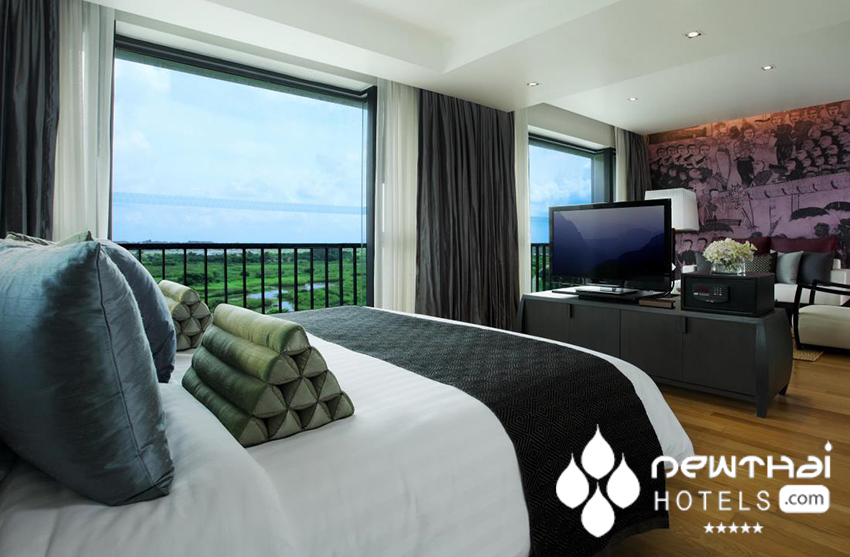 Offering 196 spacious and contemporary guest rooms dressed in the distinctive Northeastern Thai style, they are all complete with flat-screen TVs, minibars and complimentary Wi-Fi.  If you want more indulgence then the upgraded rooms and suites will give you in-room tea and coffee making facilities and VIP access to the lounge for complimentary goodies such as afternoon tea and cocktails.  For the ultimate stay check into a suite where you can wallow in a whirlpool tub with a rubber duck or your partner, spread out in the separate living and sleeping areas and enjoy 24-hour room service at your whim.

The hotel is a hot spot for meetings or special events, such as weddings and conventions, with 8 venues from boardrooms to the grand performance to suit your needs.  It can boast having the largest convention center in the northeast of Thailand that can hold up to 2,000 guests. There is a fully equipped fitness center to pound your muscles, a steamy sauna to sweat out those bad thoughts, a business center for when your boss won’t leave you alone and a huge sun drenched outdoor swimming pool to wallow in without littlies annoying you, as they have their own pool. 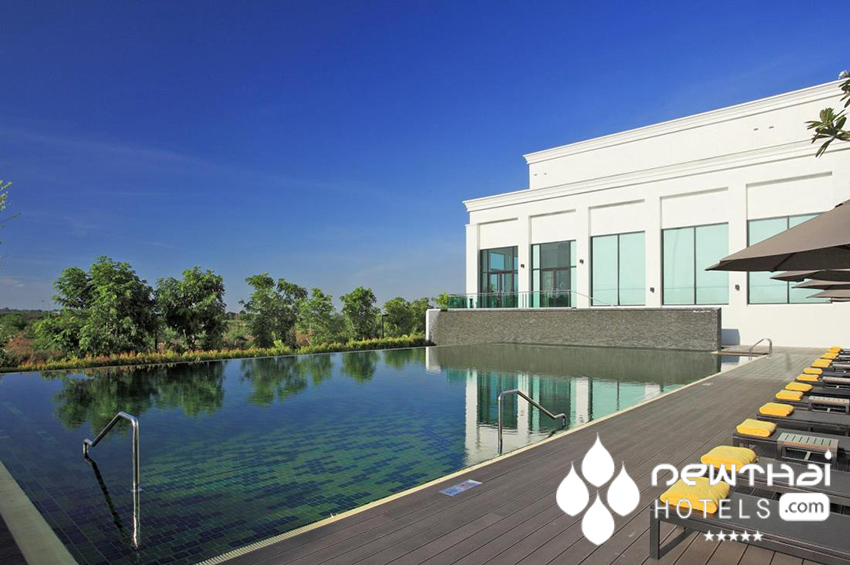 When it is time to indulge in some dining options, there are plenty to choose from.  You can grab some dim sum and noodles from Ju Fang, tackle the local Isaan flavors at the Wok @ Grill, breakfast at The Globe, chow down on some English fare at the London Inn or merely grab an espresso from the Pantry.  Breezes will keep you hydrated whilst reclining by the pool and for those that like the sound of their own melodic vocal chords, you can grab the microphone at Encore Karaoke. The Khon Kaen Hotel & Convention Centre is all about allowing a guest to relax, work and sleep in style without a hefty price tag.

Amari Property to Transform into Avani Hotel
This entry was posted on Sunday, August 21st, 2016 at 1:05 pm and is filed under Openings. You can follow any responses to this entry through the RSS 2.0 feed. You can leave a response, or trackback from your own site.