Late November 2014 will see another sleek upmarket communal villa complex open by Bespoke Hospitality Management Asia.   Following the success of its X2 Villa property in Chiang Mai and Chiang Rai, Phuket was next in line for the expansion of this concept of “group” luxury accommodation.

Revisiting the traditional Asian family compound way of living, X2 Phuket Oasis Villa will comprise of a central large house, and a resort size swimming pool with a surrounding 7 individual villas all of sheer decadence.  It is the ultimate way to capture the spirit of group accommodation for 14 people, families, groups of friends, corporate retreats or special events. Nestled in the Gulf of Thailand, only 310 km from Bangkok and near Cambodia’s border, Koh Chang is the third largest island in Thailand.

It is one of 51 islands that form the Mu Koh Chang National Park archipelago, which is an international tourist destination for its lush rainforests, waterfalls, wildlife and beautiful coral reefs. Awa Resort Koh Chang is going to be the largest resort on the island, and the most desired destination for those tourists seeking a luxurious base from which to explore the natural wonders of this area.

Sala Ayutthaya opens in the “Venice of the East” The city of Ayutthaya, sitting on the Chao Phraya River, was once upon a time known as the “Venice of the East” and is now home to Sala Hospitality Group’s newest addition, Sala Ayutthaya- though not as early as originally planned and reported here.

With a view that will overwhelm your senses, this latest addition directly faces Wat Phutthaisawan, a history drenched reminder of another world.  The temple was known as the “Monastery of Lord Buddha of the Heavens”, and heaven is exactly where you will think you are upon stepping into Sala Ayutthaya.

Opened in May 2014, another boutique offering for the tourists or business traveler in Bangkok, Hotel Icon promises an “iconic experience”.  Shiny and new with a sleek modern fit out, the price bracket is similar to that of the Ibis range of hotels but with a more individual approach.

Well positioned, the hotel is in a small soi behind the bustling and hustlers paradise of Soi 4, which is one of the well-known party streets in Bangkok for nightclubs, bars and restaurants.  It is situated close to the sky train link and a few stops from all the major shopping centers for those craving a retail fix. 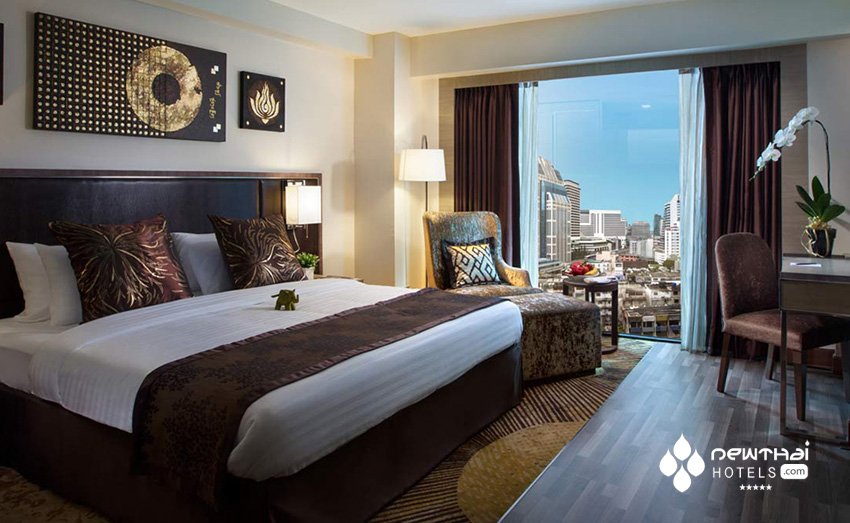 Opened may 1 2014 in a convenient and central location, the Grand Swiss Sukhumvit 11 Hotel Bangkok offers tranquility amidst the vibrant madness and spicy aroma fuelled Bangkok. Tucked away in a little lane, it is a hidden gem of elegance with a four star rating.

With exceptional website booking rates such as a free upgrade to an Executive Room with Club Access on offer for as little as THB2,378++ per night. In celebration of their grand opening if you are staying two nights or more, the rates are even lower. If you are one of the few people that can get organized in advance, a 30% discount is applicable starting at THB 1,843++ per night. They even have a special rate for shopaholics; considering that the hotel is located a mere two minute walk to the Nana BTS Station and all of the famous shopping centers such as The Emporium, Central World and Siam Paragon are two stops away, this has got to be a curse for the credit card and a winner for the women carrying them.