The luxury Sala Ayutthaya aims to introduce travellers to the historic second capital of the Siamese Kingdom.

Located 90 km from Bangkok, Ayutthaya is positioned at the confluence of the Chao Phraya River, the Lopburi River and the Pa Sak River.

Much of it was destroyed by the Burmese in the 18th century, but ruins such as monasteries and ancient towers give glimpses into its rich history.  In 1991 it was declared a UNESCO World Heritage Site and now is visited by hundreds of thousands of history buffs and adventurers every year.

The new Sala Ayutthaya will be perfectly positioned along the Chao Phraya River, opposite Wat Phutthaisawan and in the heart of the city.  It’s future location is within walking distance or a short taxi ride away from some of the most visited sites of the area including temples, shopping, restaurants and other tourist attractions. 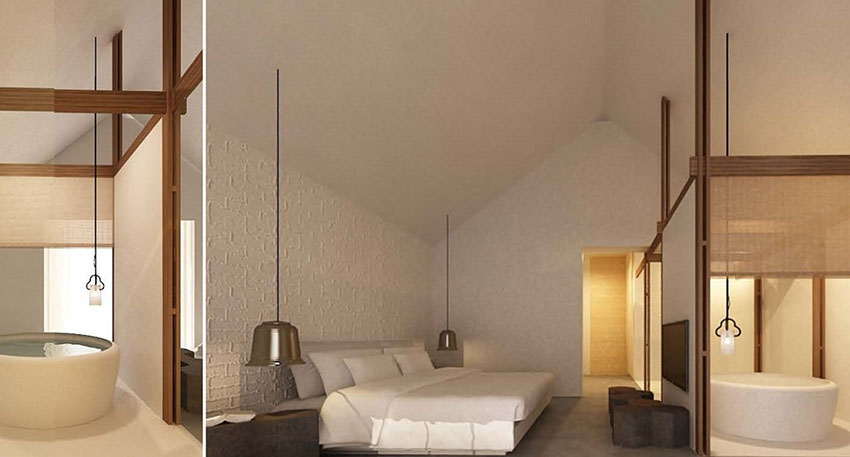 In contrast to the ancient feel of the area, Sala Ayutthaya will be starkly modern with design renderings showing concrete floors, crisp white linens and polished metal light fixtures.  The property will be in line with the Sala brand’s boutique portfolio and will include just 27 guestrooms and suites.  Showcase accommodations are expected to be the 2-story riverfront duplex suite and the pool suite.

The hotel plans to be dedicated to various creative ventures and will boast its own art gallery just off the lobby and reception area.  Besides a planned permanent historical painting collection, visiting artists will often be invited to show their work.  At mealtimes, The River will serve guests either on the outdoor deck alongside the river or in the air-conditioned indoor dining room.  Plans also show a secluded 44 square meter swimming pool to keep guests refreshed and a 24-hour Internet corner to keep them connected.

Sala Ayutthaya opens in the “Venice of the East”

Le Méridien Suvarnabhumi Golf Resort & Spa To Open in 2014
This entry was posted on Thursday, May 9th, 2013 at 8:58 am and is filed under News. You can follow any responses to this entry through the RSS 2.0 feed. You can leave a response, or trackback from your own site.