The iconic, vibrant and sensory overloaded city of Bangkok will become home to The Lancaster Bangkok in 2016 and it will be the only luxury hotel on offer close to the Airport Rail Link for ease of access both coming and going to Bangkok.

The Landmark Group buoyed by the successful running of the Royal Lancaster (now rebranded Lancaster London) plus three more hotels in London (Landmark London, K West and Basil Street Apartments), not to mention 28 years of running one of the biggest and most successful independent hotels in Bangkok, the Landmark on Sukhumvit Road, is not daunted by the downturn in current occupancy rates.  In fact the prediction of a turn around in the sector plus the fact that investment costs are less because of the turndown, justifies the investment at this point in time.  The Landmark Group’s belief in their product is reflected in the fact that they are expecting only a 50 percent occupancy rate for the first year, but predict a rosy future of over 70 percent.

The Lancaster Bangkok positioned near the Airport Rail Link’s Makkasan complex and the intersection of Asoke-Phetchaburi, is relying on the appeal it will have to the European, UK and French tourist market with their eyes firmly set on creating a draw card for the emerging influx of travelers from Far East Asia and the Middle East.

As can be expected from The Landmark Group, the Lancaster Bangkok will be a polished 5-star product of 230 well-appointed guest rooms of understated elegance and luxury. Room types include one bedroom apartments, Family Rooms with a separate bedroom for the kids, and Premier Suites. A modern flair will effortlessly blend with the cultural and traditional heritage of Thailand in the design. 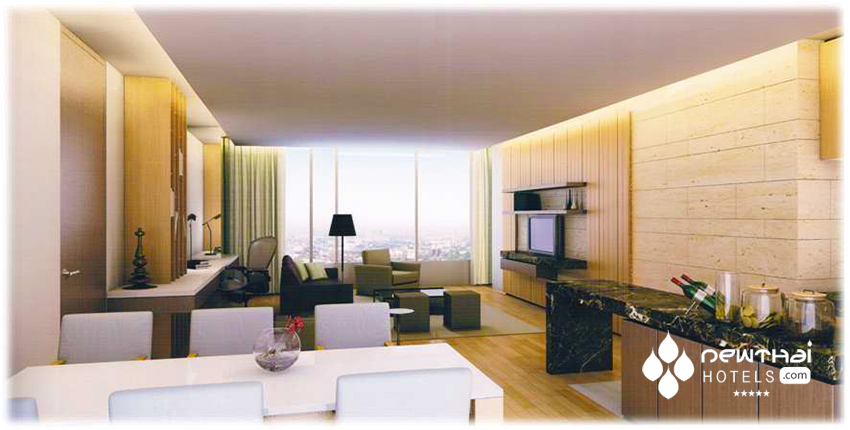 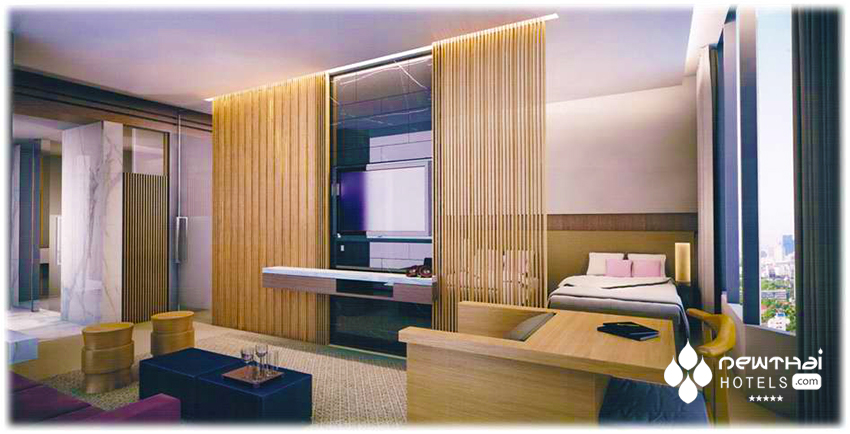 Renowned for warm and individual hospitality service where nothing is too much trouble combined with its perfect setting, The Lancaster Bangkok is sure to be a winner amongst the nomad business elite or the discerning traveler.

The hotel will have every amenity a traveler will require such as extensive leisure facilities, one of Bangkok’s largest hotel gymnasiums, a 24-hour business center (!), a sumptuous spa and a rooftop infinity swimming pool. Also available will be a grand ballroom, function rooms and the decadent delights of a deluxe club floor. 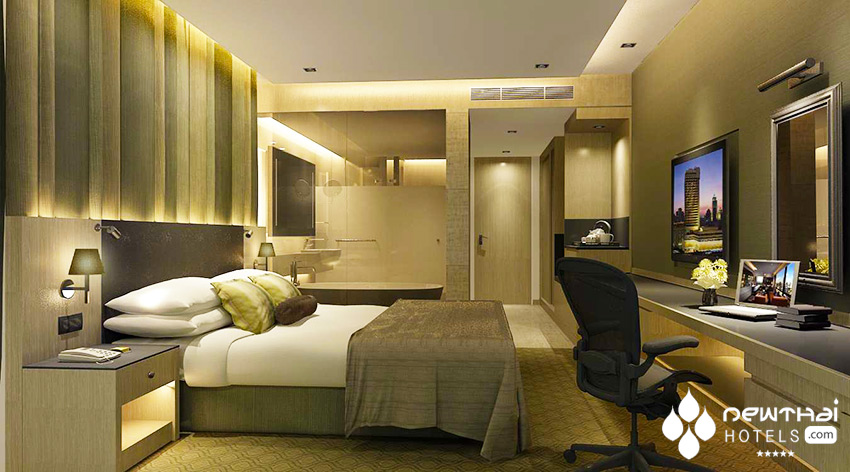 Guest room amenities will include free high speed Wi-Fi (no gouging here for what most guests now consider a basic utility), in-room tablet, 50” Sony LED smart TV, bespoke bathroom amenities, rainfall shower as well as a Wii or Playstation on request. Guests are also sure to love the free mini-bar, always a very welcome, albeit rare treat.

All day dining will be offered at Siam restaurant, with a variety of Japanese, Thai, European and Chinese dishes. Kick back by the pool for casual dining, snacks and drinks at the Pool Bar or spruce yourself up and head to the Sky Club Lounge on the 16th floor. There is also an in-house bakery for delicious treats for those who haven’t jumped on the flavor of the month gluten train. 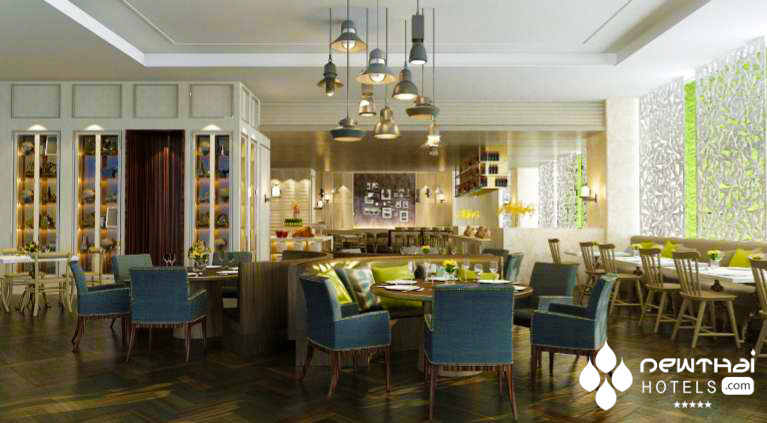 Average room rates will be in the vicinity of TB4,500 to TB5,000 per night, so it is definitely not a hotel for the discount traveler or those looking for a bargain in a bustling city overflowing with hotels.  Their rates are on average 5% higher than similar international chains, but inline with a few ultra luxurious properties heading to Bangkok in the near future. The Lancaster Bangkok is sure to draw a select clientele who are seeking a more personalized experience than that found in the offerings of the large hotel groups.

Park Hyatt Bangkok Announced
Bangkok
This entry was posted on Thursday, November 5th, 2015 at 11:23 pm and is filed under News. You can follow any responses to this entry through the RSS 2.0 feed. You can leave a response, or trackback from your own site.