Opened in mid 2009 just up the road from The Zign, this 5 star hotel has 40, two story villas surrounding 4 very large and meandering pools. The rooms on the ground floor of the villas have direct access to the pool from the terrace which opens up from the living area and the upper suites have larger balconies overlooking the pools. Both upper and lower suites have two outdoor lounge chairs and table.

There are four room types at Z Through, each designed around a theme, with the first letter of each theme spelling out L.O.V.E.

Light, Ozone, viva and Emotion. The Ozone and Emotion rooms are located on the lower levels and each have a glass panel built into the floor of the living area that looks down into the pool! The rooms are larger than most hotel rooms with separate living and sleeping areas with sofas and a table in the living areas. All rooms come with free internet access, both wired and wireless. The bathrooms are also quite large with a bathtub that is large enough for 2 people and a flat screen TV above the bath.

The pools are extensive and cover pretty much the whole area of the property, with the villas surrounding the edges of the pools. There is also a swim-up bar in one of the pools and at least two of the pools have a shallow section which would be good for children.

The hotel is located in northern Pattaya away from all the noise and action of the beach road and walking street areas, but still accessible by public transportation. The hotel does not provide a shuttle service to the beach road area.

Check rates at Z Through by The Zign 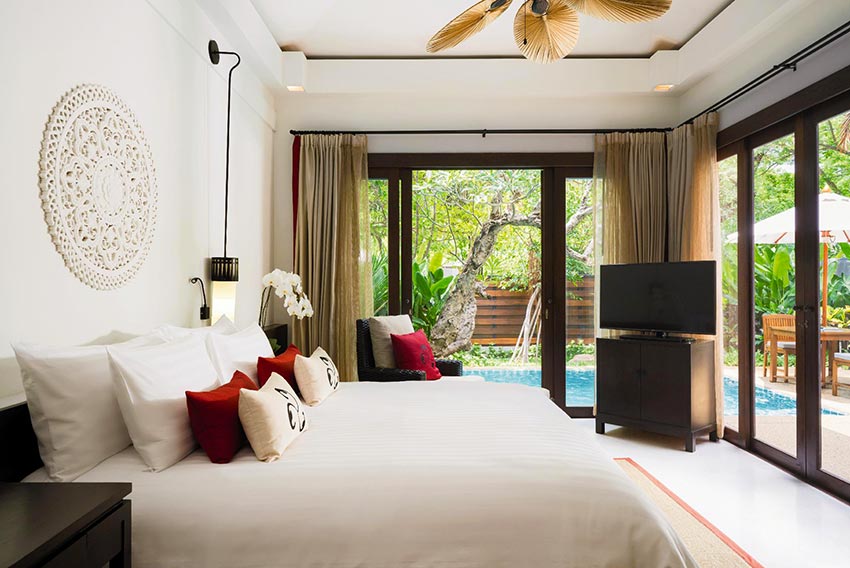 Centara Grand Resort & Spa Pattaya Set to Open in Late 2013
Pattaya
This entry was posted on Friday, January 15th, 2010 at 11:56 pm and is filed under Openings. You can follow any responses to this entry through the RSS 2.0 feed. You can leave a response, or trackback from your own site.